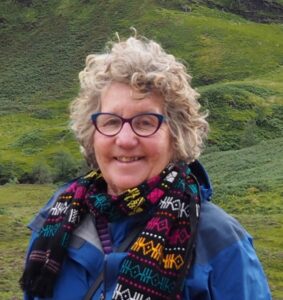 “The rights to freedom and autonomy are natural rights which humans enjoy by virtue of being human.”

These are the words of Nursyahbani Katjasungkana, who we know well as a contemporary champion of women’s rights, but they could represent the views of the secular nationalist who struggled for Indonesia’s independence from the Dutch

Merdeka! was the catch cry of the Indonesian revolution and it indexed personal as well as national freedom for people enduring the shackles of colonial power. Young men and women alike emerged as champions of Indonesia’s independence in the early part of the twentieth century.

The equality the movement sought for men and women is graphically recorded in the words of the Sumpah Pemuda which was proclaimed Jakarta on 28 October 1928 at the Youth Congress of nationalist organizations — the first public proclamation of nationalist aspirations.

This rallying cry touched the hearts of many of the young people — both boys and girls –who were being offered education in the Netherlands East Indies (NEI) in the early twentieth century—some in colonial schools but many in the independent schools that were an essential pillar of the nationalist struggle.

Mrs. Sujatin Kartowijono (b. 1907) was a nationalist, an activist in Jong Java (one of the many early nationalist groups), a teacher who refused to teach in colonial government schools, and who was a leading figure in the Kongres Perempuan Indonesia (Indonesian Women’s Congress) which followed two months after the Sumpah Pemuda in 1928 and who, after independence, played a role in education and in women’s rights in Sukarno era governments. In an account of her experience as a young female student in Jogjakarta on learning of the proclamation of Sumpah Pemuda, we feel the thrill that spreads among her friends, their hearts beating with excitement. They show their enthusiasm by displaying the Indonesian flag (The Merah Putih) in their notebooks, and singing the recently composed national anthem Indonesia Raya (Great Indonesia, Balai Pustaka 1978, p. 73). The Merah Putih was raised for the first time on the occasion of the Sumpah Pemuda.

The volume that included her poignant memoir was published in 1978, in a volume celebrating the 50th anniversary of the Sumpah Pemuda (Boenga Rampai Soempah Pemoeda). The editors requested memoirs from figures who were involved in the nationalist revolution and in the early years of nation building.

The book has 65 contributions, of which around a dozen are from women.  Many of these are well known champions of women’s rights through organizations like KOWANI, Perwari and so on, and through positions in the independent government. It is noteworthy that the western accounts of the revolution largely ignore the role of women e.g. translating the subject of the pledge (kami putra dan putri) as “we the youth of Indonesia”, ignoring the intentional use of gender markers. Scholarly account of Indonesia’s nationalist revolution tells us little about the women political figures who appear in this book. Some are known to us as champions of the campaigns for women’s rights, and women’s representations such as Maria Ulfah Subadio, but many others who give accounts of their political struggles and alliances do not appear to be well known historical figures.

I would like to focus on one important figure from the history of the nationalist movement, who also published a memoir in Bunga Rampai Sumpah Pemuda, SK Trimurti, born 1912. She was nationalist, a champion of workers’ rights, a journalist and a politician.

Her contribution to the book is a very charmingly written account of the role of ‘humor’ in the nationalist struggle: “Sikap Humor dalam “keseriusan” pejuang-pejuang muda.” She describes the way young women like herself served the movement at a time when the colonial authorities banned meetings of more than three people. They would use the cover of their youth and femininity in serving as couriers between activists. They devised many creative strategies to fool the authorities surveilling them. On one occasion she and her young friends were almost caught holding an illegal meeting — they began pretending to play the gamelan and dance, acting like crazy people. Her playful deployment of femininity especially towards male authority figures could be called, in the parlance of our times a kind of ‘strategic essentialism”, deployed here in the service of the national revolution.

These narratives I think give a clue to how SK Trimurti addressed issues of gender equity and gender difference.  I had the great privilege of hearing her speak at the Kartini Day celebration in 1999, the first of the post-Suharto era. Then 87 years old, she gave a fiery speech about women workers’ rights summoning a deal of energy and acuity that gave us a direct experience of her capabilities as an important activist and political leader. I humbly introduced myself as she was leaving and when she heard that I was an Australian, she burst into song, “Yes we have no bananas,” a popular music hall song that my grandfather sang to me in the 1950s. I could see the sparkly young women who used humor in her struggles with the colonial authorities.

She was a very cosmopolitan person whose political work took her to Europe to study comparative economic systems, including workers management in the former Yugoslavia. SK Trimurti was appointed as Indonesia’s first Minister for Labor in the republican government 1947-8, overseeing the drafting of Indonesia’s first labor law, Law no 12 1948/51. This contained important provisions for women workers, including special leave for menstruation (two days per cycle), paid maternity leave, and breastfeeding breaks. These radical and innovative provisions at that time addressed the specific rights of women workers, related to their female bodies. A gender relations approach enjoins us to consider that:

Gender is the structure of social relations that centers on the reproductive arena [i.e. sexual reproduction] and the set of practices… that bring reproductive distinctions between bodies into social processes’ (Connell 2002, p 10).

One of the common arguments about equal pay for women is that these biological specificities impact on their ability to work on the same basis as men. But the Indonesian labor law sees this as a matter that can be addressed as worker’s rights.  These rights have been retained in later revisions and iterations of Indonesia’s labor law.

These gender specific rights relate to debates in feminism about equity, equality and difference —  whether gender equity can be achieved by treating all citizens the same in regard to say, paid employment, or political positions, or whether equal opportunity for men and women in all arenas of society needs to take account of women’s specific reproductive roles (e.g. in Australia,, building a parliament without child care facilities; or banning infant children from the chamber and especially not allowing breastfeeding in the chamber—fundamental obstacles to women serving as parliamentarians).

But, of course, Indonesian history tells us that the struggles for women to take an equal part and to enjoy equal rights as citizens is not over.  The quote from Nursyahbani above was a response to Ratna Megawangi who imported US right wing Christian ideas about ‘women’s place’ to Indonesia; and also public statements by a Muslim cleric attacking the gains for women in the secular marriage law (asserting that Muslim marriage was not a state concern).  The New Order defined women’s citizenship as pertaining motherhood, (citizen mothers) carried out in the household where men were legally defined as household heads (Robinson 2009).

But the significance of women, and the significance to women, of the nationalist movement emerged out of distinctly Indonesian sensibilities, about the social roles of women. Add to this mix the new ideas emerging in nineteenth century Europe, of liberty, equality and citizen rights, that fed into the anti-colonial consciousness of young men and women in the Netherlands East Indies. Women played a strong role in the national revolution, and SK Trimurti’s labor law is an enduring legacy of the possibilities they dreamed of a century ago.

LETSS Talk woould like to thank Julia Suryakusuma for reviewing and editing the article.